Skip to main content
Get your copy of RiffTrax: The Game. Available now!

At RiffTrax, we make movies funny - and you can experience our work in a bunch of different ways. For big blockbuster movies, you can sync our funny commentaries along with your copy of the movie using our magic auto-syncing app, and for all sorts of cheesy B movies they are merged with the movie and classic shorts and you can download or watch as on-demand streaming video. We also sell our movies on DVD and Blu-ray. You can also catch a great selection of our movies on Amazon Prime, Tubi and Xumo plus watch The RiffTrax Channel on Twitch, Samsung and Pluto.tv.

We riff on Blockbuster Movies, Educational Short Films, and feature- length Cheesy B-Movies that you can watch instantly. It's like watching movies with your funniest friends!

RiffTrax also hosts in-theater special events we call RiffTrax Live! These events are filmed in front of a live audience and simulcast to over 700 cinema screens all over the country with our partner Fathom Events. Cities we've broadcast from include San Diego, California; Nashville, Tennessee; Minneapolis, Minnesota; and Durham, North Carolina! We have done over 30 nationwide live shows to date and more are in the works. 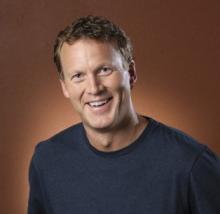 Since that time, he has appeared on numerous radio and TV shows, penned a regular column for TV Guide, and authored best-selling books for both HarperCollins and Abrams. 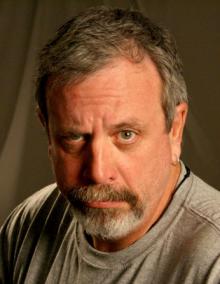 Kevin Murphy has cultivated the act of talking back to the movies into an art form and a career. For ten years Kevin co-wrote and directed the Peabody Award-winning series Mystery Science Theater 3000, and starred as the plucky red robot Tom Servo. Classic episodes of MST3K, as its legion of fans call it, continue to be huge sellers on Shout! 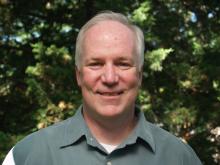 Bill Corbett is a former writer for MYSTERY SCIENCE THEATER 3000 and also a performer on the show, providing the voice of the robot Crow (v.2.0) and playing various other strange characters -- including the all-powerful but clueless alien The Observer (a.k.a. "Brain Guy"). 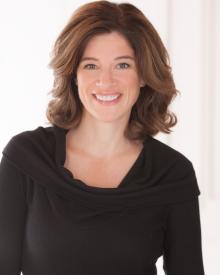 Bridget Jones Nelson was a writer and performer on Mystery Science Theater 3000 playing such roles as Nuvenna: Woman of the future, Drunk Girl, Lisa Loeb, Flavia Roman Princess and Mr. B Natural.

Since then she has continued in the very important role of being Mrs. Michael J. Nelson. Together they have raised two sons and are enjoying an empty nest. Bridget continues to appear in television commercials and print ads and is a regular speaker at woman and youth events. 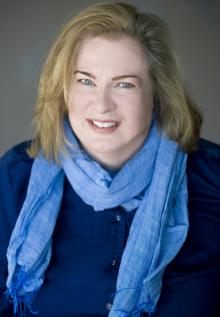 Mary Jo Pehl is a former writer and villain on Mystery Science Theater 3000. In addition to playing the evil nemesis Pearl Forrester, she also played an array of bit parts, including a space mom, an overly-friendly neighbor, a trailer trash party girl, and Jan-In-The-Pan, a head without a body. 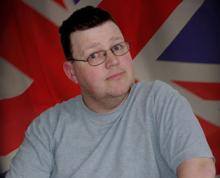 Matthew J Elliott is a British writer and performer who lives in the town that spawned Georgie Fame, author of Lost Horizon James Hilton, Colin “Chariots of Fire” Welland (his actual middle names, believe it or not), and, apparently, the guy who invented the Spinning Jenny during the Industrial Revolution, but never thought to patent it. 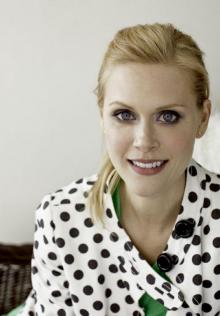 Janet Varney is a comedian, actor, writer and producer. In the animation world, she is lucky enough to be the voice of Korra on Nickelodeon's hit series The Legend of Korra, and she can currently be seen as Becca on the live action FX series You’re The Worst. She also spent seven wonderful years hosting TBS's Dinner and a Movie, recurred on HBO's Entourage, was a series regular on the beloved E! 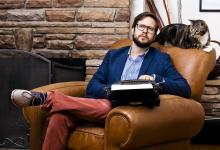 Cole Stratton wears a lot of hats. Not literal ones, as he has a tiny head and it just doesn't look right. He is the co-founder of SF Sketchfest, the San Francisco Comedy Festival, a month-long annual event highlighting the best in improv, sketch, stand-up, TV and film comedy. Now in its thirteenth year, the festival has featured performers like Tenacious D, Conan O'Brien, Alan Arkin, Gene Wilder, The Kids in the Hall, The State, Mr. 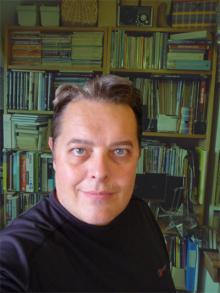 Ian Potter is a writer, performer, sound designer and occasional table. He was born in England, in an obscure coastal town called Liverpool. He is almost certainly the most famous person ever to have lived there. 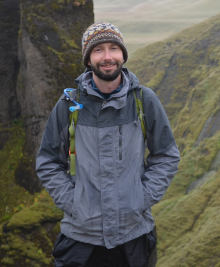 Conor Lastowka is a Senior Writer-Producer who has worked at RiffTrax since day one. He performs as the voice of DisembAudio on RiffTrax MP3s and you've seen him onstage at the MST3K Reunion Live Show. 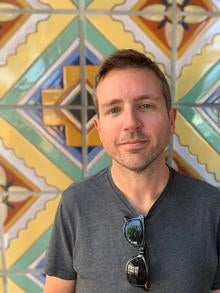 Sean Thomason is a Senior Writer-Producer at RiffTrax, where he’s been writing full-time since 2009. Sean riffed live on stage at the SF Sketchfest 2019 “Day of the Shorts” show, appeared on stage at the MST3K Reunion Show, and he’s part of the group Batman v Superman riff. 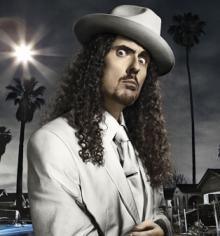 "Weird Al" Yankovic, the undisputed king of pop culture parody, has sold more comedy recordings than any other artist in history. In a career spanning nearly three decades, he has amassed 28 Gold and Platinum albums, 7 Gold and Platinum-certified home videos and 3 Grammy Awards (with 9 nominations). 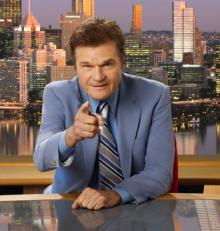 Born and raised in Shaker Heights, OH, Willard began his career by spending a year at Chicago's famed Second City. 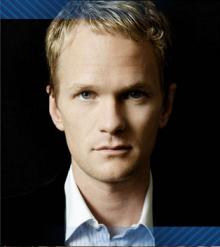 Performed with Mike on Willy Wonka and the Chocolate Factory now hosting the Oscars! Coincidence?

Neil Patrick Harris continues to demonstrate his creative versatility as Barney in the hit CBS comedy series HOW I MET YOUR MOTHER. He just wrapped a reprised self portraying role in the feature film comedy HAROLD AND KUMAR 2. 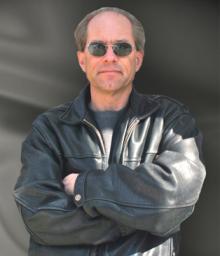 James Lileks was born in Fargo North Dakota, the son of Norman Rockwell and Betty Crocker. He attended the University of Minnesota for seven years, attending class for five; at the Minnesota Daily he started writing a column that has continued in the Twin Cities market for thirty years. 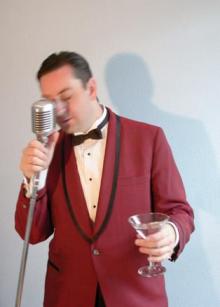 America's loudest lounge singer Richard Cheese performs swingin' Vegas versions of rock, rap, and Top40 hits, "swankifying" contemporary songs into traditional pop vocal standards.  Cheese has sold more than 135,000 CDs; his albums include Lounge Against The Machine, Tuxicity, I'd Like A Virgin, Aperitif For Destruction, The Sunny Side Of The Moon, his Christmas album Silent Nightclub, his TV Themes album 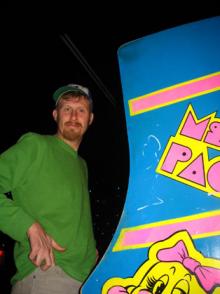 Joshua Fruhlinger was born and raised in Buffalo, New York, leaving him with a love of chicken wings and a tendency to say "pop". He taught ancient Greek and Roman history to undergraduates before fleeing from academia in terror; worked for a failed San Francisco dot-com that did not supply him with stock options or an Aeron chair; lived in Berlin, where he mostly ate Indian and Ethiopian food; and finished in third place on his sole Jeopardy!

Paul Sabourin and Greg "Storm" DiCostanzo grew up in the suburbs in the '70s and '80s, which explains a lot. Eventually, after a lot of boring stuff, the two met and helped found the Washington, DC-based a cappella band Da Vinci's Notebook, becoming the group's main songwriting team. Da Vinci's Notebook retired after 12 years of touring nationwide, at which point Sabourin and DiCostanzo became the comedy/music duo Paul and Storm. 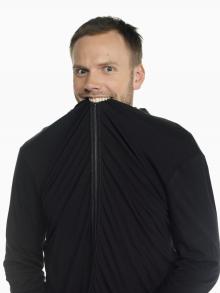 Hailing from Seattle, Washington, and blessed with Irish and Nordic ancestral roots, Joel McHale is one of the whitest and fairest stars around.  Armed with sunscreen, his Mariners jersey and plenty of Wellbutrin, Joel became a cast member on Comedy Central’s “Almost Live!”

Paul F. Tompkins is from Philadelphia, PA, where he started performing stand-up comedy in 1986. In 1994, he moved to Hollywood, CA, which led Paul to a stint as a writer and performer on HBO’s MR. SHOW WITH BOB AND DAVID where he was nominated for an Emmy award for writing. Paul also wrote and starred in his own one-man show, DRIVEN TO DRINK, for HBO.