Born and raised in Shaker Heights, OH, Willard began his career by spending a year at Chicago's famed Second City.

Willard also appeared in the Christopher Guest film "Waiting for Guffman," which earned him an American Comedy Award nomination and a Screen Actors Guild nomination for Funniest Supporting Actor. Additional film credits include "This Is Spinal Tap," "Roxanne," "The Wedding Planner," "How High," "American Pie 3," "A Mighty Wind" and "Anchorman: The Legend of Ron Burgundy" with Will Ferrell.

Willard has received three Emmy Award nominations for his role as Martin Mull's lover on "Roseanne" and his recurring role on "Everybody Loves Raymond." He also co-starred with Martin Mull in Norman Lear's innovative cult classic talk-show satire, "Fernwood 2Night." Willard had recurring roles on "Ally McBeal," THE SIMPSONS and "Mad About You." In addition, he has made more than 50 appearances on "The Tonight Show with Jay Leno."

Willard has numerous stage roles to his credit, including off-Broadway performances in "Little Murders," directed by Alan Arkin, and "Arf," directed by Richard Benjamin. His regional roles include "Call Me Madam" in Chicago and the musicals "Promises, Promises" with Jason Alexander and "Anything Goes" with Rachel York, both in Los Angeles. He starred in Wendy Wasserstein's "Isn't It Romantic" and "Elvis and Juliet," which was written by his wife, Mary. He recently completed a sold-out run of his one-man show, "Fred Willard: Alone at Last!" (which was actually a sketch show with a cast of 12) and received two Los Angeles Artistic Director Awards for Best Comedy and Best Production.

Willard lives in Los Angeles with his wife and is a huge baseball fan, especially when it comes to the Cleveland Indians.

Missile to the Moon (Mike Nelson and Fred Willard edition) 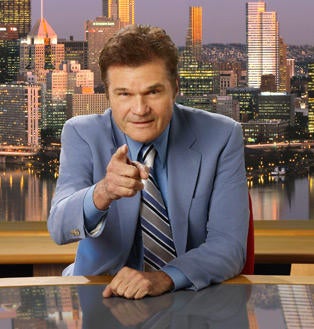