Performed with Mike on Willy Wonka and the Chocolate Factory now hosting the Oscars! Coincidence?

Neil Patrick Harris continues to demonstrate his creative versatility as Barney in the hit CBS comedy series HOW I MET YOUR MOTHER. He just wrapped a reprised self portraying role in the feature film comedy HAROLD AND KUMAR 2.

In the theater world, Neil recently starred in Arthur Miller's "All My Sons" at the Geffen Playhouse. His Broadway works include the Tony Award-winning musical "Assassins" at Studio 54; the Pulitzer Prize-winning production of "Proof", opposite Anne Heche, and the Emcee of the Kit Kat Klub in "Cabaret." Post-Broadway, Neil starred in the London production of Jonathan Larson's musical "Tick, Tick...Boom!", AMADEUS at the famed Hollywood Bowl, RENT at the Ahmanson Theatre in Los Angeles, ROMEO & JULIET at the Old Globe Theater in San Diego, and the concert production of SWEENEY TODD at Lincoln Center in New York.

His "early days" include the title character in ABC's DOOGIE HOWSER, M.D., the NBC comedy series STARK RAVING MAD, the CBS mini-series JOAN OF ARC, Showtime's THE MAN IN THE ATTIC, the classic TNT telefilm COLD SASSY TREE, and recently he headlined the Network's top-rated telefilm of the year as well as the top-rated CBS films THE CHRISTMAS BLESSING and THE WEDDING DRESS. He's also made notable guest appearances on such shows as WILL & GRACE, ED, ROSEANNE and BOOMTOWN. The multi-talented Harris also enjoys a busy schedule in the world of voice-over, lending his pipes to the likes of THE SIMPSONS, FAMILY GUY, JUSTICE LEAGUE, and Peter Parker and SPIDER-MAN in the top-rated MTV animated series. He created character voices for numerous books on tape, such as SLAKE'S LIMBO, RIBSY, and the award winning children's book, HENRY HUGGINS.

Willy Wonka and the Chocolate Factory 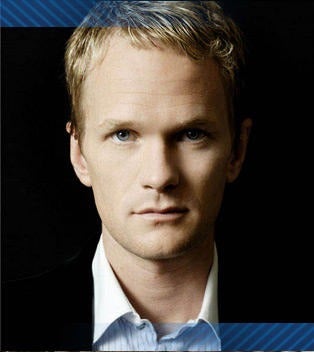