Skip to main content
See #RiffTraxLive Return of Swamp Thing in theaters August 18th! Get your tickets today! Get your copy of RiffTrax: The Game. Available now! 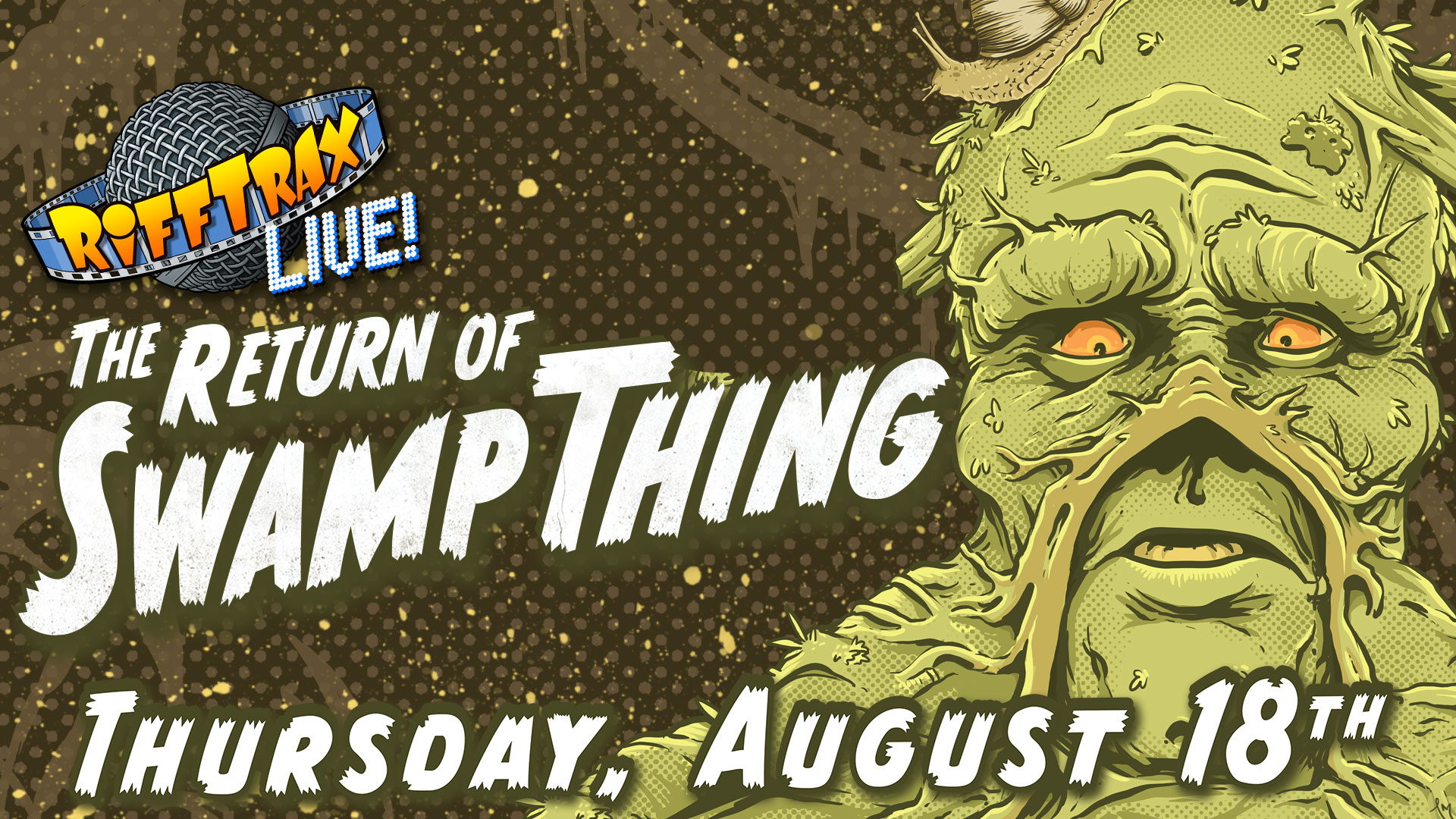 He’s back! You probably didn’t know that he was gone, but he was and now he’s back! Swamp Thing, AKA Swampington Montgomery Thing, returns to thwart the sinister plans of the evil Doctor Arcane, who apparently is also back. But! Here for the first time is Heather Locklear, the young woman who is drawn to the mysterious charms of Mr. Thing and desires a love that is both human and plant-based. A sequel to the Wes Craven cult classic, The Return of Swamp Thing is decidedly NOT Directed by Wes Craven, but that’s fine, because it means this one is bigger, more fun, and way more riffable. Join us for ONE NIGHT ONLY, Thursday, August 18th at 8PM ET/PT, 7PM CT/MT in a theater near you. Showings of the only RiffTrax Live event this year will sell out, so do yourself a favor and be sure to secure your tickets ahead of time.

Get your tickets today!

Own our previous live shows!

RiffTrax Live is a shared comedy experience where Mike, Kevin and Bill "riff" a film LIVE onstage and it is broadcast LIVE via satellite feed to hundreds of movie theaters coast to coast.

Get notified when RiffTrax performs near you!
RSVP on our Facebook Event page

Own the Previous LIVE shows:

What's your favorite Live show? What do you want to see?