From the golden age of green zipper-suit aliens and know-it-all scientists who are never wrong about anything, it’s Invaders from Mars! They’re here to conquer the Earth, but really mostly just this one little sleepy town. And actually not even the whole town, pretty much just one family’s backyard. Still, it’s an invasion!

David is a plucky 1950s lad who enjoys watching the skies with his telescope and being able to trust local authority figures. But all that is upended when Martians land in the sandpit in his family’s yard - every yard has a sandpit, right? The aliens begin replacing everyone in the town with synthetic mutants (pronounced mu-TANTS) starting with David’s very own parents! David heads straight to his town’s surprisingly grand police station, and quickly gets help from a local doctor, an astronomer, and even the U.S. Army. Because, unlike most movies about a kid trying to convince everyone that something weird is going on, all the adults believe him immediately. For a movie about invasion paranoia, there sure is a lot of trust.

It all builds to a climactic confrontation with the Martians in, you guessed it, David’s backyard. Can David save his parents in time? Will they increase his allowance? What’s with the Great Gazoo head in the glass fishbowl? And, again, why does the yard have a sandpit?

All those questions will be answered, plus a twist ending sure to make you say “oh, come on!” Join Mike, Kevin and Bill out in the sandpit for Invaders from Mars! 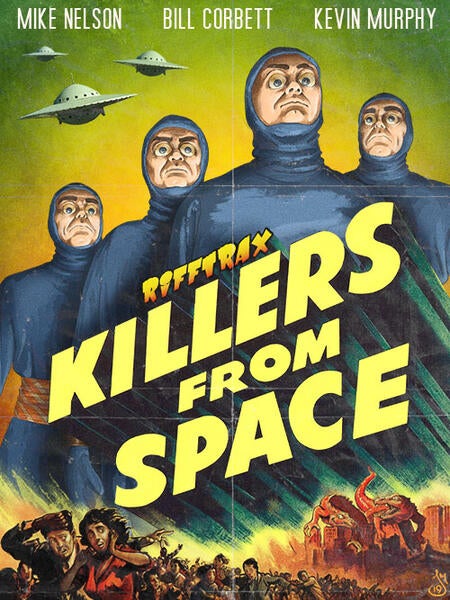