The earth is doomed.

Of course, this is hardly news.  The signs are clear:  War.  Injustice.  Pushing Daisies was cancelled while The Bachelorette mercilessly continues.  Yes, we all live in constant awareness of the impending apocalypse, but no one takes any action to avert our terrible fate.

That is, until a small, elite team of scientists pool their collective genius, and make the bold decision to....run.

Run like all getout.  Tails between their legs.  Straight out of Dodge.  Run like rabbits.  They even bring rabbits, so they can see what they're running like.

Join Doctor Morley, Doctor...the Foreign Guy, the, um, Angry Dude, the...er, Rich Dude He's Angry At, and the beautiful Doctor...Woman...Doctor, as they tunnel to the the depths of the planet, in search of safe haven from impending armageddon.  Of course, "join them" means "observe them from the safety of your living room."  You wouldn't want to go along.  They try to find Shangri-La in the earth's mantle.   Obviously, it turns into a giant cluster.

This is a full-lenght VOD from Toast and Rice. 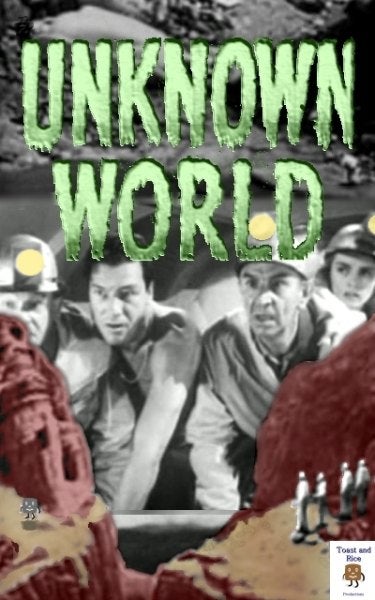