Kill or Be Killed

Oh, Kill or Be Killed, where to begin? It’s a cornucopia of wonders, specifically South African martial arts wonders. If the title and long-haired karate hero seem familiar, that’s because we already riffed the sequel to this movie, Kill and Kill Again. Why did we riff them out of order? That’s a good question. Another good question would be, why were either of these movies made? The answer to both questions is “who knows, but enjoy!”

The plot of Kill or Be Killed is somehow even more whacked-out than the sequel. Back in the 1940s, a Nazi officer disgraced himself when his German karate team lost to Japan in a tournament attended by none other than Mr. Adolf Hitler. Um, embarrassing! Now, 30 years later, the Nazi has built a castle hideout in the desert, where he challenges his Japanese karate rival - who is named, no joke, Miyagi - to a redo of the tournament he lost decades ago. But this time, there will be no audience, and also no purpose, other than trying to soothe the Nazi’s hurt feelings. Quite frankly, this Nazi is kind of a weenie.

Both teams try to recruit our hero, karate legend Steve Hunt - played by none other than James Ryan, who you might recognize as the villainous MacPhearson from Space Mutiny (he does much less karate in that movie). But Steve isn’t really interested in the pointless tournament, he’d rather hang out with his girlfriend, who also does karate, naturally.

All that, plus Chico! Chico is the Nazi’s wisecracking sidekick, but he’s so much more than that. We don’t want to give too much away, but Chico is without a doubt the real star and hero of this movie. Get Chico fever, and join Mike, Kevin, and Bill for the vague revenge saga that is Kill or Be Killed! 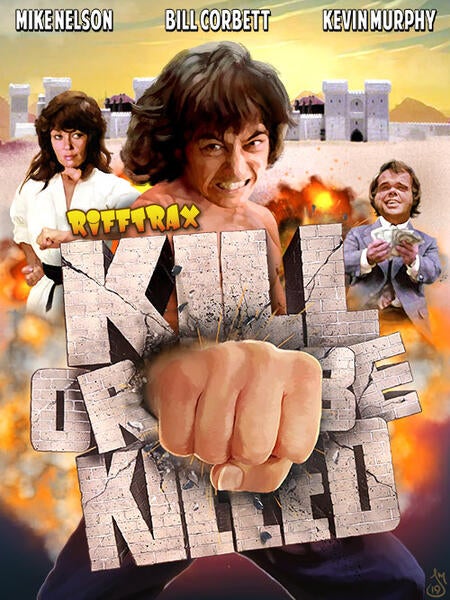 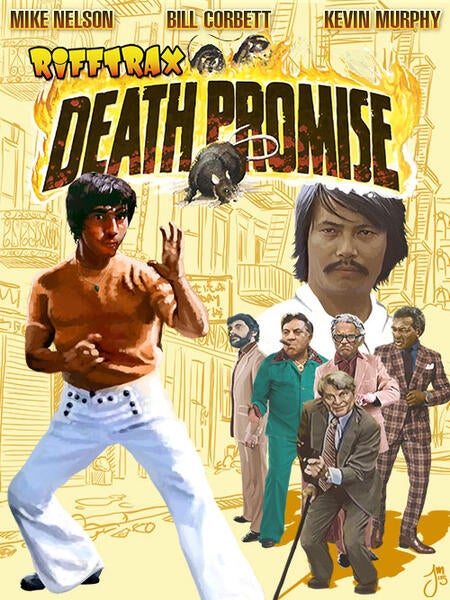