Freddy Krueger returns again.  Yes, he's been drained of energy, conquered by the power of love, buried and blessed, but as long as there's another opening weekend and the promise of another paycheck you just can't keep that goofy little claw-weilding child molester in the ground.  Watch as the survivors from part three prove themselves to be even more worthless!

The power to draw others into the same dream world backfires as Freddy uses a naive quiet girl to line up his new victims, but with every death little Alice discards a little bit of herself in favor of the stereotypes of her fallen friends.  Will this help her in the face of a foe who is suddenly more interested in playing dress up and eating foam latex pizza than stabbing people?  Can she find a way to defeat the Springwood Slasher in the lamest way possible?  The director of Cliffhanger brings you all the answers!

Featuring the least amount of star power so far (Hell, part two at least had Clu Gulager) A Nightmare on Elm Street 4-The Dream Master continues the fine traditions of the series.  The poster looks more and more epic every time, in direct opposition to the increasingly half-assed final battles.

Round Four of Freddy vs. Ronin, more to come! 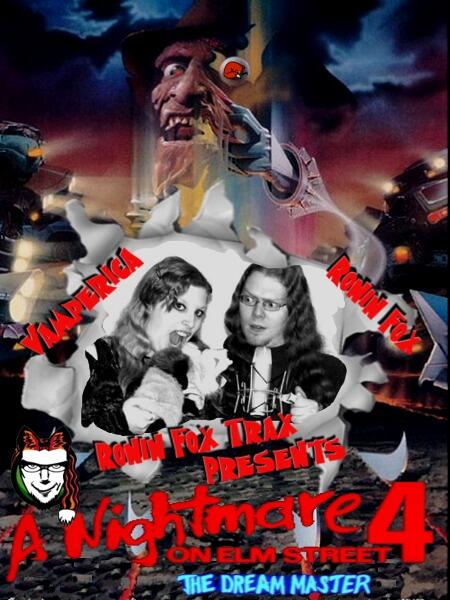