The Tale of Despereaux

The Tale of Despereaux

The Tale of Despereaux (or "ToD", as it's known by its fan) is an award-winning* tale of a loveable** mouse on a quest to restore sunlight, rain, and soup to his troubled kingdom***.  Also, it's stupid.  Following are a list of awards which ToD should have won:

If you want to sit down and watch a painful movie, or if you just really hate your kids, pick up a copy of The Tale of Despereaux today!  If you would then like to salvage your dignity, sanity, or family cohesion, listen to this iRiff while watching the movie! 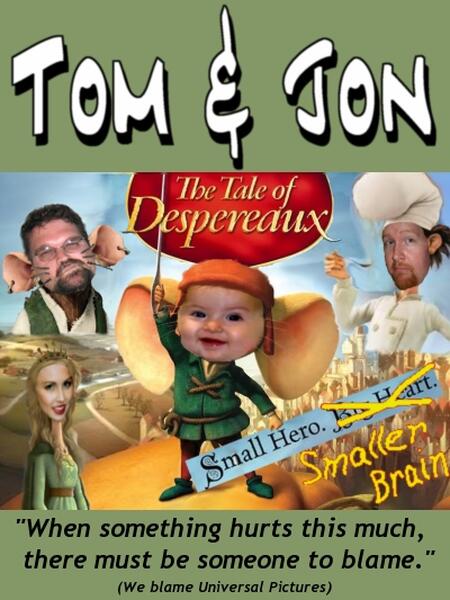