For generations, Disney Studios has captured the hearts and imaginations of young girls.  Princesses like Cinderella, Snow White, and Belle provide them with a warm, welcoming fantasy full of pretty dresses and magical adventures.  It’s no wonder that so many girls wish to be a Disney princess—who wouldn’t want an adulthood knowing that your worst fears were behind you, and everyone involved could live happily ever after?

Well, tragically, that’s not the case.  The girls who grew up wanting to be Sleeping Beauty are about to discover they’ll have plenty of difficulties in the years ahead.  Specifically, they’ll have one particular problem on a monthly basis.  Not to worry, Disney has a movie for this adventure as well!  In 1946, Kotex and Disney partnered to make a short film called The Story of Menstruation.  Through the magic of Disney animation, the enchanting tale of the female reproductive cycle is told.   Snow White’s sister, Rose Red, is conspicuously absent.

Over 60 years later, the Walt Disney Company would like to stick this back in the vault, and Kimberly-Clark would like it discharged from their history.  We simply can’t have that, so let’s make an iRiff out of it!  Joining me for this installment will be guest iRiffer Julie Wright.  The Story of Menstruation is offered as a VOD iRiff.

Be sure to look up my other work at 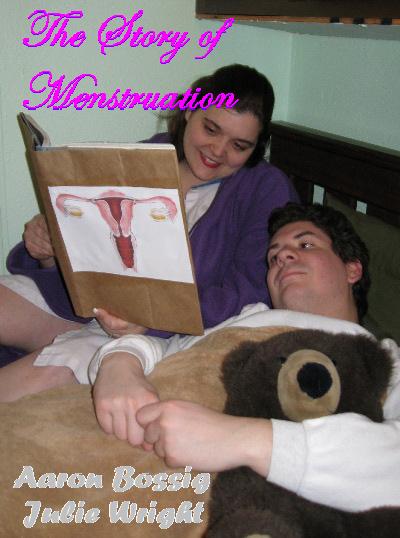