Poor Susan Jane Smith!  Despite a name that's very similar to one of the most popular Doctor Who companions, she finds herself a social outcast.  And since she goes to a school where everyone's a soc, and nobody's a greaser, that leaves her as the singular Outsider.  No rumbles, no sunsets.  There isn't even hair grease (andit's sorely missed).

So our heroine has no choice but to find a way into the exclusive social circle that up until now has chosen not to bestow their attention upon her.  While her attempts at spying around corners and conforming her after school snack counter orders prove fruitless, she soldiers on, with only the voice of a lone, passive-aggressive narrator to guide her.  Ultimately, she finds that her peers are in fact generous, accepting sorts, who welcome those different than themselves with open arms and open hearts, uniting in their companionship, love of desserts, and making fun of the kid with the weight problem.  Yes, in a short about tolerating the differences of others.  You have heard of the 1950s, right?

This VOD Short is from Toast and Rice. 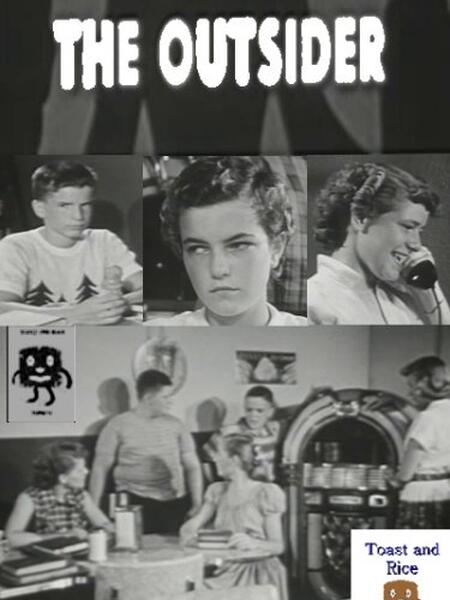