Thrill, as Bela Lugosi (in a rare non-vampiric role (fine, there’s Der Fluch der Menschheit, but nobody’s counting that)) wears a jaunty sailor cap and... well.. mopes a bunch and befuddles some adorable kitten henchmen. Wonder along with Team Swizzlebeef how an American guy raised in China somehow has a slavic accent! Cringe in horror as Bela drives with his... we’ll just leave it at “drives”.

This is part 3 of the “Return of Chandu iRiffs Crossover Event” - Collect ‘em all at http://bit.ly/chanduproject! 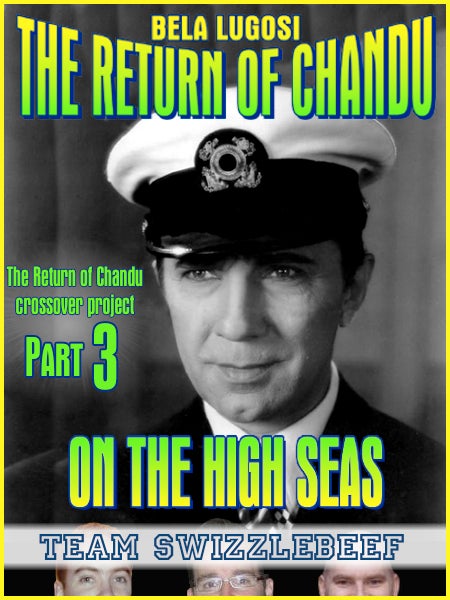