Ronin Fox takes on "Doomed" the fourth chapter in this gripping tale of kidnapping, betrayal, betrayal by kidnappers, kidnapping from betrayers, betraying kidnappers by kidnapping already kidnapped victims, and of course gigantic African stereotypes. (Gigantic both literally and figuratively)

A scientist is tied to a horrific deathtrap, a mad man makes vague threats, a slave trader acts pushy, and our heroes don't do much of anything beyond throwing the hammiest punches to be captured on camera until the rise of Adam West's tv career...in other words the same things you'll see in every single sci-fi movie serial ever made!

Be sure to see the other releases in the Lost City iRiffs Crossover Project!

And check out our merchandise store. 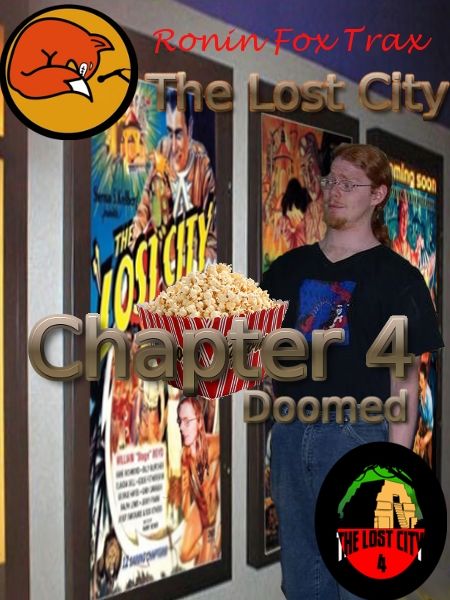