Freddy Krueger is back, and he's looking to wipe out the last of the Elm Street children.  Thus the smart and conscientious parents of the nieghborhood have gathered those children together into one place so Freddy doesn't have to wear himself out.

Yes, instead of having to stalk his way through a dreamworld of suburban houses, now Freddy gets to stroll through hallways of a nuthouse.  It would almost be too easy, except for one thing.  Nancy's back, and this time she's...well she's pretty much the same except for poofier hair.  Also she knows the secret to defeating Freddy is teamwork...though that's not at all how she defeated him before.

Armed with a collection of questionable to pointless superpowers, the crazies of Westin Hills Mental Institution fight for thier lives against an evil that just refuses to stay dead.

2.  The dumber you dress the easier it is for you to you die.

3.  The lamer your powers the more useful they inexplicably will become.

4.  There is no such thing as a non-alcoholic parent.

5.  And of course, life goes better with the music of DOKKEN!

This film is RATED R and the riff has been made to match.  If you are offended by references to violence, adult themes, and any of the words on George Carlin's 7 words you can't say of television list...well then what the heck are you doing even contemplating watching this movie for?

Round Three of Freddy vs. Ronin, more to come! 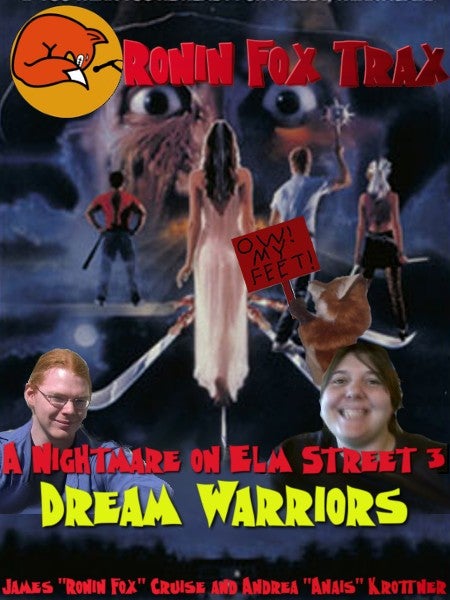