Wookies, of course, are awesome.

On second thought, aliens are kind of a mixed bag.  Perhaps there's a lesson here.  A lesson of tolerance, a lesson of open-mindedness.  Sure, some aliens try to conquer the planet, breed us as livestock, take away our television, probe us in our...wait a minute....

Alright!  That's it!  Enough of this hippie Ziggy Stardust garbage!  You took our TV!  YOU'RE GOIN' DOWN!!!

At least, that's what happens when a wayward extraterrestrial finds himself stranded on earth.  Unbenownst to our spacewrecked visitor, his very prescence disrupts the sweet, sweet electromagnetism that makes the miracle of television a reality.  The Federal Government, the Armed Forces, the LAPD and the mass media all join together to fight this menace, and against such an elite force, the alien...

...does pretty well actually.  All things considered, without any weapons or anything, he holds his own just fine.

This riff is a full length VOD, from Toast and Rice. 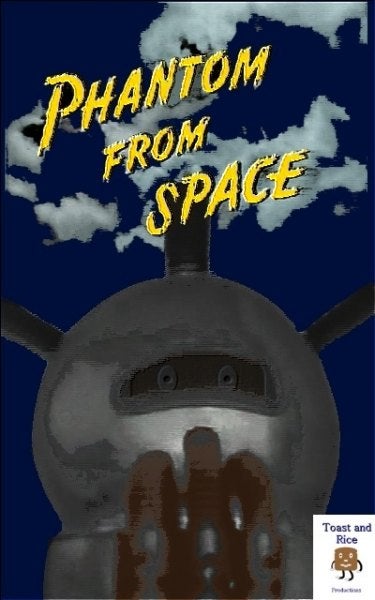