Well, here we are, everybody, at the halfway point of this monstrous beast. Ice on Mars is proud to present the first two-riffer entry into this fun little nugget of film history. Look, if you're on this page, you probably know what you're getting yourself in for, so there's not much to say. If you DON'T, you can find the previous parts of this serial at the following places (and the ones after mine by doing some simple searching via iriffs.com):

Plot? We faf about a bit in an "Arab camp," run by an Italian, with beach cabanas. Everybody runs back and forth a bit, and accomplishes little to nothing. Although Jerry continues to get some good moments in this part, I have to say that, for my money, Gorzo & Hugo are the standout comedy duo sure to be hitting some bars near you at any moment.

Thanks, all. Feedback is always appreciated. And, as always, we are not approved or endorsed by NASA, but my mom still thinks I'm funny. Also, the fact that this episode is coming out the same weekend as Watchmen, one of the most highly anticipated films of all time, is almost certainly a coincidence--or is it? 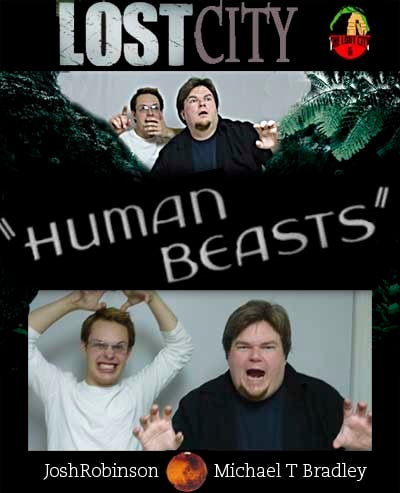