"The Lost City" is the only serial with two scoops of racial insensitivity! Join Josh for the eleventh chapter of this touching, nuanced drama that does for race issues what Porky's did for feminism. This episode is "Death Ray!", in which characters run around and say things, some of which are vaguely discernible. There are fakey natives, stock footagey lions, a number of caucasians who should be ashamed of themselves, and a titular Death Ray that wouldn't scare the ladies in your Nana's book club.

Commentary by Josh Way, footage from archive.org. Find other chapters of "The Lost City" here: 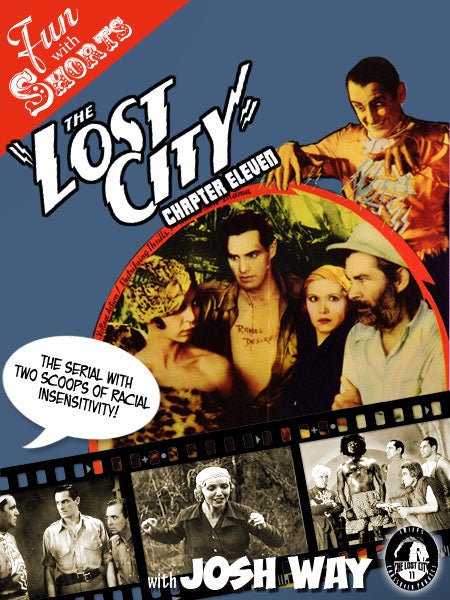