Dead people should not be walking around.

Dead people should lie down.  And stay lying down.  Anything else is generally a bad situation.

First, you have zombies.  They eat people.  Living people, who generally do just fine walking around, because they don't eat brains of other walking-around people.

Then you have mummies.  They're dead, and they walk around.  It's also bad, because they kill people.  They don't eat the people they kill, but they still kill 'em, and that's just wrong.

Vampires, therefore are the worst dead people walking around.  If you doubt this, just watch Dead Men Walk.  This movie proves that vampirism not only kills people, but is also is the leading cause of George Zucco proliferation.  Multiple, yes multiple George Zuccos stalk the living, turning them into....

Well, actually, now that you mention it, they never get around to making more than one vampire.  In fact, not much is gotten around to at all.  Basically George just stands on opposite sides of a split screen effect and reads from cue cards.

This is a full-length movie VOD from Toast and Rice. 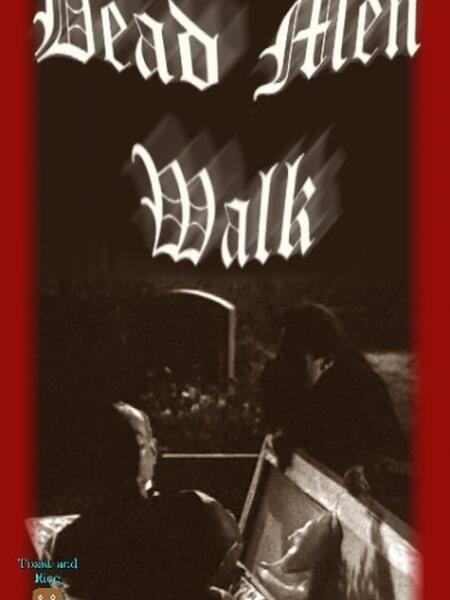