After crash landing on earth, Jason Martian got a job as a mild mannered reporter… unfortunately, mild manners were not his forte, so he became an artist instead. He has been a practitioner in the field for over 15 years, now specializing in illustration, painting, photography and graphic design. Jason’s duties for RiffTrax include poster & banner montageing and using his Martian powers to make Mike’s head swell for those famous “Bobble Head” photo shoots.

Jason has achieved many other things during his stint here on earth, among them becoming the renowned Kung-Fu master known as “Golden Crane”, winning the silver medal for grease skating and breaking the Guinness record for Catapulting

* Jason has recently illustrated the cover of Legend Film’s “Bugville”… go pick up your copy today! 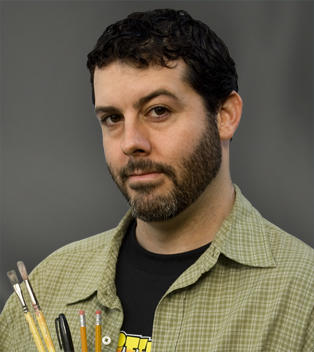