Erik, known to forum-dwellers as torgosPizza, moved to San Diego in October 2006 to pursue his lifelong dream of working with a sentient kitchen appliance. Searching high and low within the current website he happened to be on at the time, he found an ad for a company whose work with DisembAudio, a wisecracking toaster, had garnered international acclaim. Erik quickly secured the position by hitchhiking to San Diego with a guy who called himself "Dragon," and beating the other potential employees in a five-hour CounterStrike tournament.

A long-time MST3k fan, Erik was lucky enough to go from the frigid tundra of Upstate New York to the mild Mediterranean climate of Southern California to work with one of his favorite TV personalities. Since Norm MacDonald wasn't available, he decided to bite the bullet and take the job with Mike Nelson and RiffTrax instead. He does not miss the snow, ice, sleet or freezing rain, but he does miss the pizza. 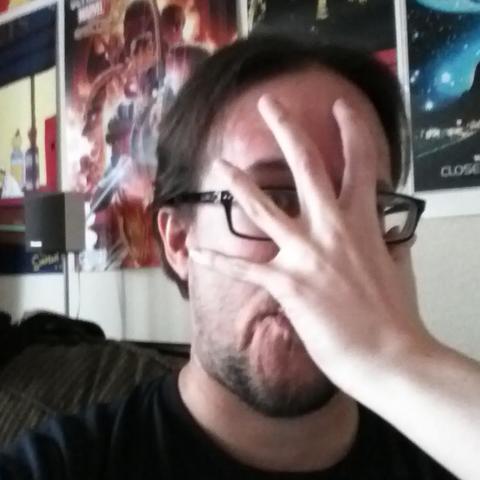