David has been working in the production field for over 20 years. He started working at age 14 as a freelance computer specialist and monkey trainer. Later he worked as a Jr. Professor at the Hereshire School for Monkey Behavior Modification. There he worked on various technical contraptions to help house break monkeys and teach them to clean bathrooms. In 1998 David joined International Telecommunications Microsystems Strategic Data Corporation also know as ITMSDC, where he was tasked to come up with acronyms. He is most proud of LASER (Learning About Safety by Experiencing Risk) and EBIDTA (Earnings Before Interest Depreciation Taxes and Amortization.)

David joined Legend Films in 2003, and while David did not invent RiffTrax he sometimes tells people that when he gets drunk at parties. David is a member of the American Society for Jerky Appreciation and is an avid Home Brewer. 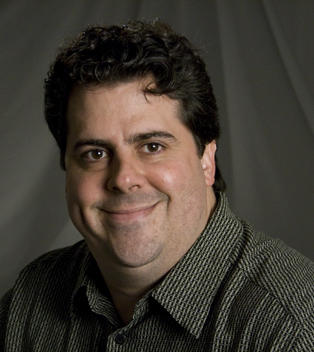