In California, an old man (Bela Lugosi) grieves the loss of his wife (Vampira) and on the next day he, too, dies. However, the space soldier Eros and her mate Tanna use an electric device to resurrect them both, along with the burly Inspector Clay (Tor Johnson) who was murdered by the couple.

Their intention is not to conquer Earth but to stop mankind from developing the powerful bomb "Solobonite" that would threaten the Universe!

When the populaces of Hollywood and Washington, D.C. witness flying saucers in the sky, a military colonel, a police lieutenant, a commercial pilot and his wife all do their best to try and stop the alien meddlers. 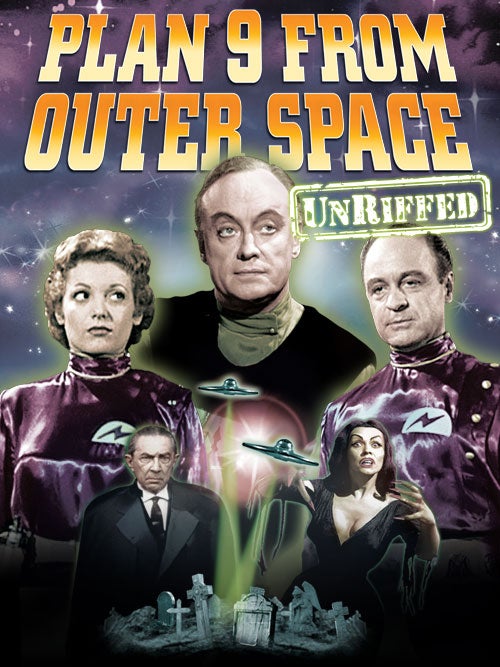