"My philosophy is: sleep late, drive fast, and not take any of this shit seriously."
- Well how do you drive fast if you’re sleeping?
- Yeah and that can’t be safe if you’re not taking it seriously!

Join the Douglas brothers as they are forced to watch the second in a series of unfortunate films, Space Camp.

Space Camp is a 6 day program for 9 to 11 year olds. Space Camp the movie however, consists of children aging from 8 to 25 years old and lasts for what seems like a lifetime! Andie Bergstorm (Kate Capshaw - Steven Spielberg's wife) is the latest victim of NASA's apparent mediocre astronaut standards, because instead of being chosen to go to the moon, she is chosen to head Space Camp! What a blow! But don't worry Andie, we never went to the moon anyhow. A very bitter, very bra-less Kate Capshaw then ensues to make the new Space Cadets lives a living hell, well not really, I mean she is kind of an ass. After the five minutes of tough love that would make any episode of Full House look like Full Metal Jacket, Andie and the little space campers are shot into space, an apparent accident in the eyes of NASA, but actually the result of a malfunctioning robot named JINX, go figure?
Space Camp has got it all:  Space, Camp, Science, Scientologists, Real Actors, and Joaquin Phoenix. Can Leah Thompson, Kelly Preston, Kate Capshaw, Leaf Pheonix, and that black guy from Revenge of the Nerds, with the help of Tom Skerritt, band together and resolve there differences in the vacuum of space, or are they space dust?
Get your hands on a copy of the film now and find out the answer July 6, 2009. (Space Camp can be found in the family section of your local Blockbuster and is readily available through Netflix.com and Blockbuster.com)

**RATING: If our episodes were reviewed by the MPAA, they would fall into the PG-13 category.

WATCH THE ENTIRE RIFF FOR FREE OVER AT ...  youtube.com/civilambiguity 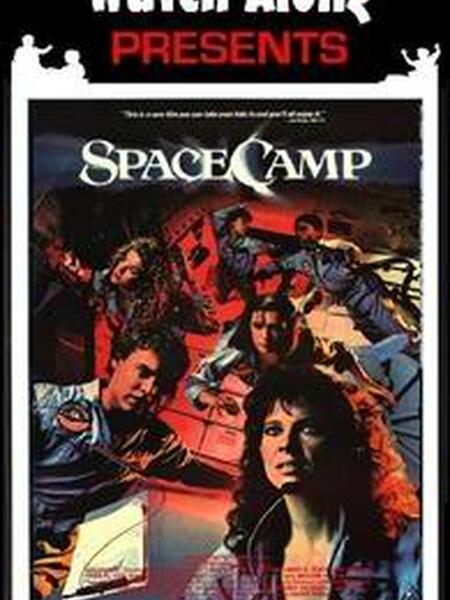