Watchalong Presents: Night Of The Lepus

Watchalong Presents: Night Of The Lepus

The Douglas brothers are trapped in the basement of their inattentive parents.  For years the only contact they had with the outside world was through movies rented for them from the local cheap video store.  Recently, upon discovering their Grandfather’s old ham radio, Alex, Danny, and Michael decided to leave a channel open so that people can watch movies along with them.  Join them now as they laugh and cry their way through the best movies 99 cents can buy!  Or, more accurately, rent!

"Ladies and gentlemen, attention! There is a herd of killer rabbits headed this way!"
-please hold onto your ticket stubs, you will not receive a refund!

Join the Douglas brothers as they are forced to watch the first in a series of unfortunate films, Night of the Lepus.

Rabbits are a real life menace, true, but when filmed for 90 minutes surrounded by models and a band of hammed up has-beens, they are truly terrifying! Dr. Roy Bennett(played by Stuart Whitman) has concocted a serum that will sterilize a local rabbit population that has exploded onto The Domino Kid’s irrigated land, only there is a problem. One of the early test rabbits has mutated genes and escapes into the wild, breeding like a mad hare and spawning a new race of Super Giant Rabbit Killing Machines; all of this overnight! Can Stuart Whitman, along with the help of Janet Leigh, DeForest Kelly and Rory Calhoun survive the Night Of The Lepus? Get your hands on a copy of the film now and be prepared to laugh till it hurts.

**RATING: If our episodes were reviewed by the MPAA, they would fall into the PG-13 category.

WATCH THE ENTIRE RIFF FOR FREE OVER AT ...  youtube.com/civilambiguity 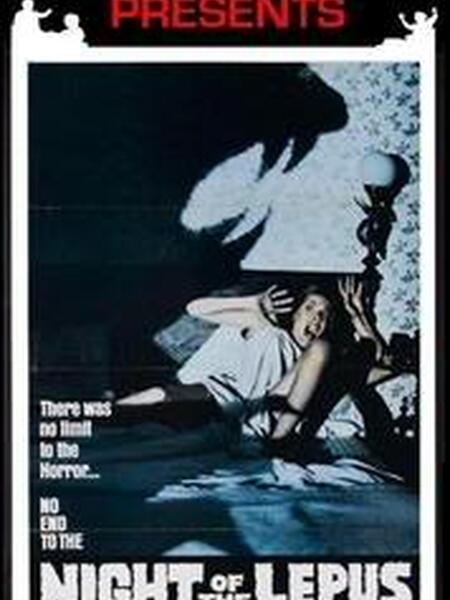