This informative short shows you all the many ways bugs can die in the hungry jaws of killer plants (and microscopic organisms, which seems off-message, but sure, why not).  As you watch many bugs die, a strange man in a little room tells you how awesome it is that plants can kill bugs, then makes fun of mankind for inventing subpar traps.  Strange Man in Little Room also offers a special bonus demonstration of a bizarre, ridiculously complicated and admittedly very subpar trap that he may have invented himself, for all we know.  Eventually, SMiLR implicates God as the ultimate insecticide.  Or something.

It's an Upsetting Short.

(Incidentally, this is the second Upsetting Short we've uploaded that has also been riffed by Just Andrew.  We realize that at this point things are appearing highly suspicious, but we would like to reassure you of three things: First, that our riff and Just Andrew's were written completely independently of one another.  Second, that Upsetting Shorts to follow will NOT have also been riffed by Just Andrew - again, completely independently.  Third, you absolutely should watch this version, and then also watch Just Andrew's version, and then watch our version a second time, and then go have a sandwich or do whatever it is you do with your free time.) 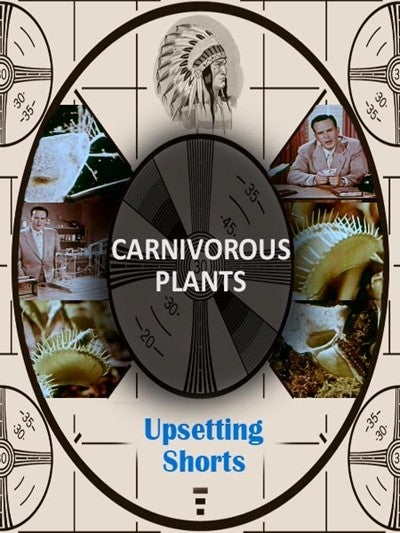