The titular, Ovaltine-shilling Captain Midnight (who seems to work entirely during broad daylight) is a man with a mission. A secret mission. A mission to fix a radio. A radio apparently vital to national security. A RADIO THAT IS NOT BROADCASTING OVALTINE COMMERCIALS 24/7!

No, we don't get it either, especially since he chose Sid Melton as his sidekick. Join Team Swizzlebeef for a journey to a Mexico that never was with a superhero with no powers! 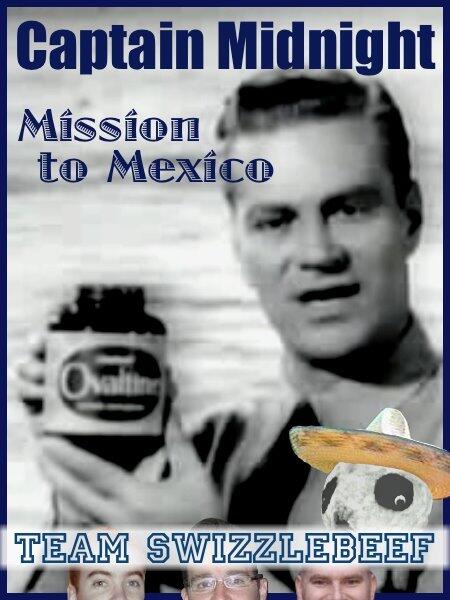