Torgo and Rowsdower Present She's Out of Control

Torgo and Rowsdower Present She's Out of Control

In this wild and wacky 80's flick, Tony Danza plays a father (very badly) who becomes insanely jealous when his teenage daughter starts dating men other than him. The incestuous laugh riot sees Tony become best friends with Joey from the Ramones and spy on Chandler from "Friends", all the while forgetting about his own domestic happiness with his girlfriend, Mrs. Camden. See the film of which Gene Siskel said "This film made me want to quit my job as a film critic," and Roger Ebert called "criminal". Torgo and Rowsdower are back in their second riff! 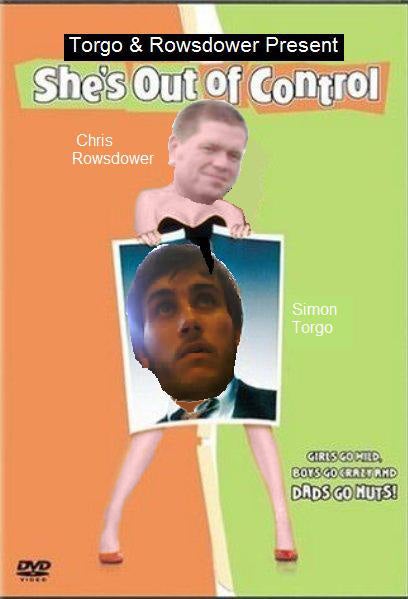