Very few trilogies can maintain the same level of quality throughout all three parts. Peter Jackson’s Lord of the Rings and George Lucas’s original Star Wars are two prominent examples (as all other “trilogies” have recently been disqualified by surprise fourth installments). However, a recent addition to that list has been discovered in the Sci-Fi Channel’s “Tin Man” series, which maintains the same levels of randomness, bafflement, and childhood-mutilation throughout all three episodes.

Aided by their helpful hermit crab and gallons of caffiene, Katelyn Rushe and Mikaela Shay prepare to dive into the final chapter of their 3-part opus. Moons will eclipse, flashbacks will be overused, and even more classic Wizard of Oz lines will be butchered as this epic reimagining grinds to a puzzling but mercifully abrupt conclusion. 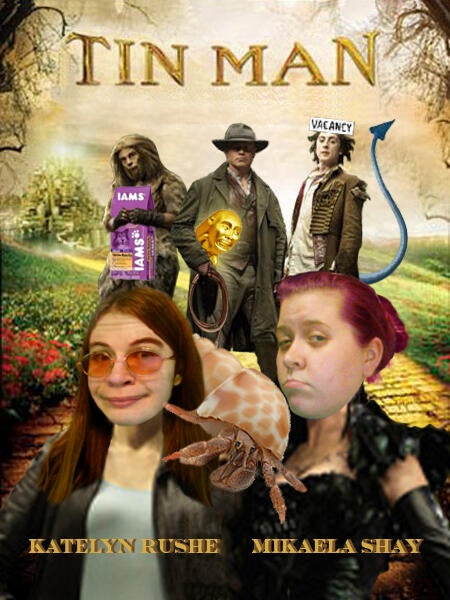