Time Out for Ginger! (A joint from The Kids on the Street)

Time Out for Ginger! (A joint from The Kids on the Street)

It all starts innocently enough. A scientist with the space program returns to his sweet suburban family -- his shopaholic wife, his two lovely teenage daughters, and his wisecracking maid. It's just another day in 1950's sitcom land.

Then Ginger opens her mouth, and the audience learns the truth -- masquerading as a simple failed sitcom pilot, Time Out for Ginger (theoretically based on the play of the same name) is actually a chilling cautionary tale of youth run amok. Cowering parents are helpless before the might of a child who has somehow grown up free of such petty concerns as morality and respect for the laws of physics. Kind of like that one Twilight Zone. You know the one.

C. Glen Williams of The Kids on the Street flies solo, braving the horror that is Ginger for a solid thirty minutes. To know her name is to know the taste of fear. To see her smile is to know the death of hope. Will you take Time Out for Ginger?

Note: This mp3 synchs best with the version of Time Out For Ginger found on Alpha Video's Lost TV Comedy -- or it has been tested and synchs with this free download from archive.org. 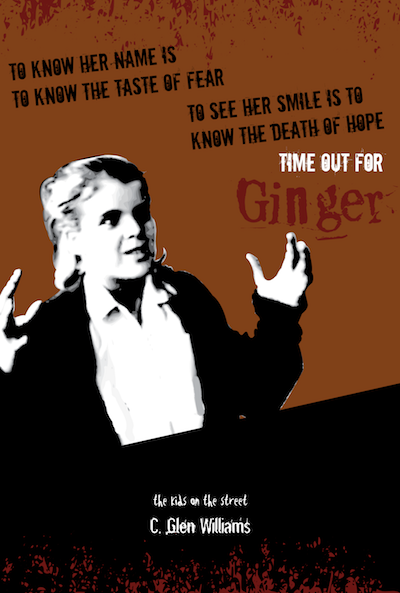