It's the Bonehead Radio commentary on The Warriors - Ultimate Director's Cut. Check the trailer here! www.youtube.com/watch

4 hours in the making, 12 weeks in the editing, but it's all comedy, all the time! The Jackie Rodgers: Swinging with Mother Nature special couldn't say that!

Walter Hill couldn't leave well enough alone when he re-cut the Warriors, and we couldn't either.

Join us as we follow these 9 men as they try to get back to Coney Island from the Bronx. There is no truth to the rumor that Walter Hill wanted to give this movie the alternate title of "There & Back Again".

Watch in awe as Cleon lays down the law with his jaw!

Look as  Cowboy has his hat stolen, and does almost nothing else through out the entire 1 and a half hour film!

See the Fox get way too big for his britches and pay dearly for it!

Gaze in amazement as Ajax learns that no really does mean no!

Gape at  Rembrandt quaking in his boots as he does a poor job of what he's supposed to be good at!

And thrill to Swan -  Tool User -  Leader of Men as he imposes his will on the untamed urban wasteland that was the vision of NYC in the 1970's!

Join our legion of fan today and buy this iriff. You shall not be disappointed, by Cleon I swear! 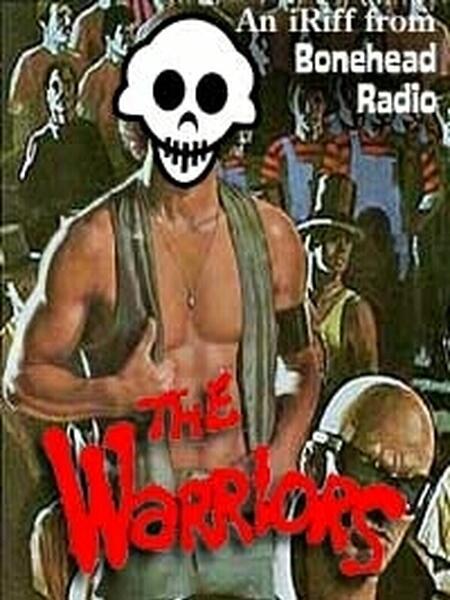