The Thing: The One Man Band

The Thing: The One Man Band

The One Man Band is forced into a conundrum by his commanding officer (newcomer Sarge Crumley): either leave the safety of his underground bunker, or review "The Thing."  Guess what he picks.

The Thing stars a pre-Sky High Kurt Russell, who plays a drunkard with a beard who hates doing things while pretending to occasionally be a helicopter pilot for an Antarctic research crew.  Things (pun intended) go downhill from there when the two worst marksman in Norwegian history get themselves killed, leaving the American team at the mercy of an alien creature that likes to eat people and dress up as them (Nobody tell Leatherface).  The crew, already on edge from Wilford Brimley hawking Quaker Oats and being bossed around by the Punky Brewster guy*, pull out the research station's obligatory flamethrower and start seeing how flammable they all are.  In case you're wondering, it all ends in tears.  Though chances are nobody misses Palmer.

Of course, paranoia sets in at home, too.  Don't miss the Stupend-O edition, when the PPD begins to suspect there might be an alien on the premises...despite all evidence to the contrary.

The Thing.  Even classics have their funny side.

*May not actually be Punky Brewster guy, but bears a startling resemblance.  Or not.  Okay, I thought it was when I was a kid, just enjoy the jokes, okay?

Poster art and concept by Piobman. 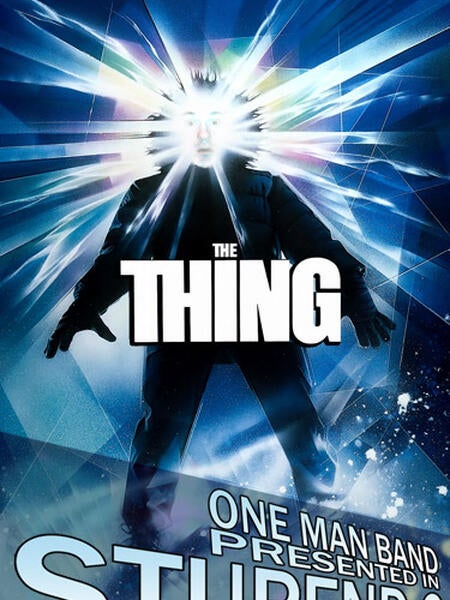