~{run time:103/108**min.}~Armed with egg references and a wardrobe that rivals that of Queen Amidala; Samuel L. Jackson takes another step forward in his ongoing campaign to dethrone Arnold's Mr. Freeze, and claim the title of: Goofiest and Most Embarrassing Movie Villain Ever. If "Mr. Glass" didn't convince you, then try his portrayal of "The Octopus" on for size. The big name bad guy leaves a trail of destruction as he seeks out an ancient mythical potion which will grant him immortality. It's going to be up to our sensibly dressed super hero, The Spirit, and his vague powers (which seem to involve him getting killed) to stop The Octopus from succeeding in his maniacal quest! There's also a love triangle! and a Dan Lauria! ...in short, there is A LOT going on in this movie, and none of it makes any sense.  Enjoy!

**actual run time is 103 min, but the box or advertisements might say 108. It's the same. The movie industry is trying to confuse you for no reason. (should we ever expect otherwise?) 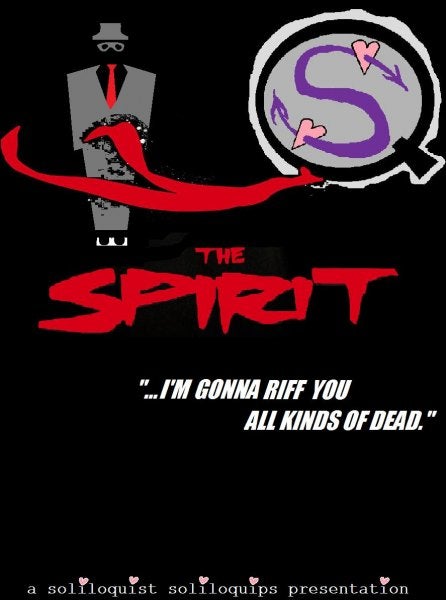