The One Man Riffing Crew Presents: The Return of Chandu, Chapter 8

The One Man Riffing Crew Presents: The Return of Chandu, Chapter 8

As riffers(and riff watchers), we pride ourselves on our ability to watch and oftentimes enjoy hackneyed plots, bad dubbing, cheap special effects and rock-stupid dialogue. However, most of us have one weakness: padding. And if you thought the previous chapters of the Chandu saga had it, you ain't seen nothing yet. I actually did the math, and this chapter- without all the padding- would be roughly three minutes shorter. That's three minutes that could have been spent on character progression, a half-decent fight scene or even a schmaltzy speech by Lugosi that we would only halfway understand! When we iRiffers were picking out chapters for this project, I said I wanted this one because eight is my lucky number. Eight can, obviously, now go straight to hell. That said, hold onto your sanity and let's dive into The Return of Chandu, Chapter 8: At Least It's Not #&%@$ Quidditch! 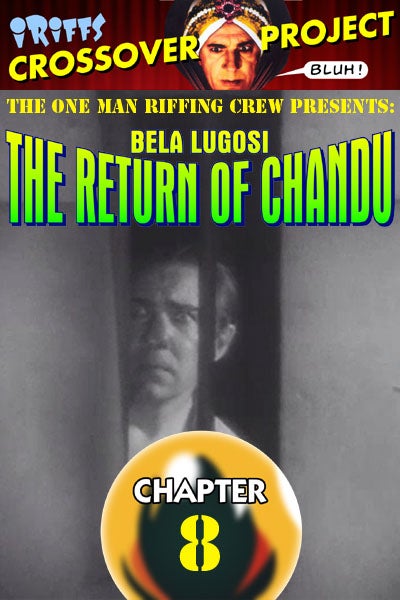