It's "Jungle Goddess" meets "Commando Cody" with a little "Crash of the Moons" thrown in! See a 1930's serial that probably only added to people's deppression. A plucky young electrical engineer/jungle explorer (no, really) and his pithy, but timid sidekick go to the heart of Africa to stop powerful electrical disturbances rocking the Earth. See giant natives who lack basic speech skills and hardly any basic motor skills, skin-tight shiny costuming, and what the producers thought "television" was. 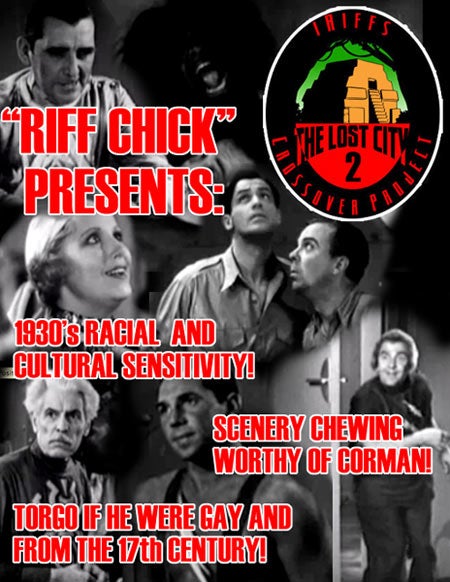