The Knights Divide. Inspired by the popular trend of including spoilers in the titles of movies, as seen in such blockbusters as Jonathan Dies in the End, Elizabeth Ends Up Marrying the Fat Guy, and the timeless classic, He Turns Out to be the Main Character's Brother in the End II: Still Brothers.

The Knights Divide, or as we like to call it in the in-circles "Neil Kusakov: The Movie", follows a very attractive man named Kusakov as he goes to arrange to sell his broach. Some other stuff happens, but none of it is really that important. Neil is the real reason people went to see this film.

Directed by independant filmmaker Jeff Prahl, The Knights Divide is the prequel to The Lincoln Project (http://www.rifftrax.com/iriffs/lincoln-project). It's more fun than you could fit into a broach case!

*NOTE: This is the V.O.D. version! The movie is packed in with the riffing, so all you have to do is download and enjoy a fantastic short film and some hearty riffing! 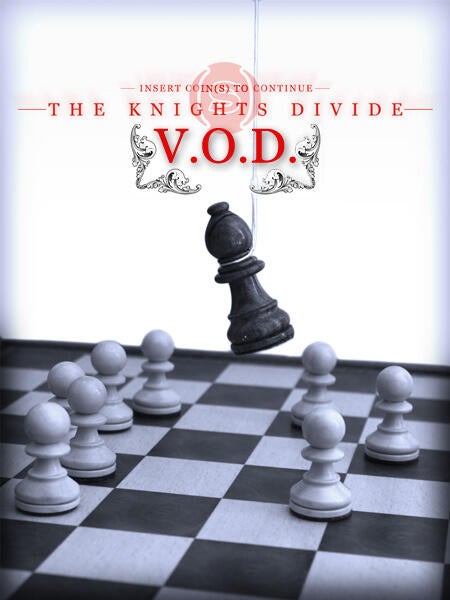