The Kids on the Street: The Phantom Empire Chapter 11 (VOD)

The Kids on the Street: The Phantom Empire Chapter 11 (VOD)

When the Kids agreed to help out with the riffing of the second-to-last chapter of a classic Gene Autry serial, they thought they knew what they were in for. Oh, sure, people tried to warn them. They tried to tell them that this was no ordinary singin'-cowboy western. But would the Kids listen? Nooo....

The potent combination of Gene Autry, giant robots, and a city beneath the surface of the Earth soon overtook the kids, and they found themselves gaping in awe at the majesty and grandeur of a cardboard vision of a world not their own. It wouldn't be long before they were all ready to declare Chapter 11 (a joke Charles made us promise not to use in this short).

"Queen in Chains"  presents explosions! Fisticuffs! And jaw-droppingly bad costuming choices galore! All lovingly hand-riffed by the Kids on the Streets' stalwart team of Glen, Charles, and Maria.

If you find the story a little confusing, well no wonder! It's the penultimate chapter! Check out the other chapters that have been riffed at http://www.rifftrax.com/iriffs/phantom-empire 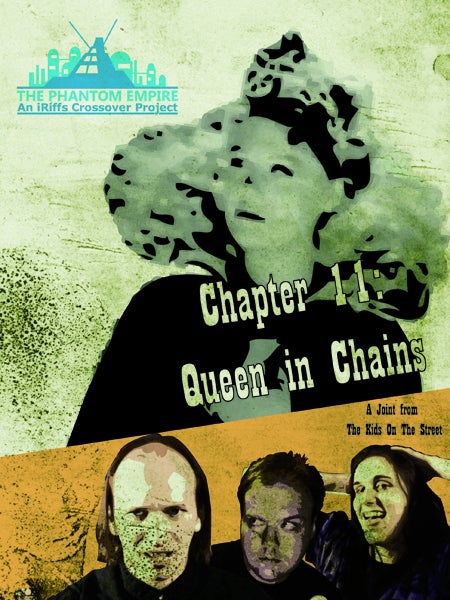