What happens when a small town pretty-faced aspiring musician gets his lucky break on the Los Angeles music scene and must fight against the moral and ethical dilemmas of big business?  Well, when you find out, you probably should tell Arch Hall, Jr.

The first presentation by 'The Incredibly Strange Riffers', actually riffed and compiled before iRiffs began, Wild Guitar is a cesspool of MST3K alumni.  Ray Dennis Steckler (The Incredibly Strange Creatures...) as director and in the role as 'Steak' (the character, not the Breakfast food, who also makes an appearance).  Arch Hall, Jr. and his father, William Frawley... er... Watters, both starred in Eegah.  Not to mention, the answer to the eternal question, "Why the heck there was a song named 'Vicky' in Eegah".  Fans of the MST3K show, and especially the episode 'Eegah' will love the on-point riffs provided by The ISR (not to be confused, hopefully, with the IRS).

(Public Domain feature, which means that the file is a VOD, the synced movie.  We did the work for you, so you can enjoy it more.) 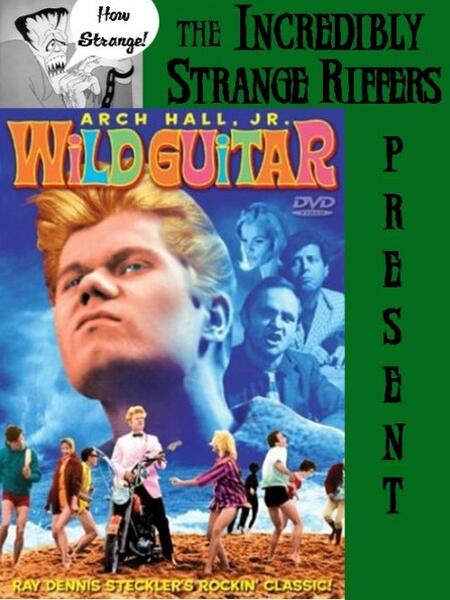