Phillip Pullman's epic propaganda film has been worked over by at least three different writers, an all star cast and a small crew of disoriented CGI animals.  And now this 'beloved' film is worked over once again by The Brothers Herman and special guest star, Satan.  Its the ship that sank New Line Cinema, so now we're going to do what every upstanding person could and should do... laugh at it.

Join us on a hourney through a world of talking bears, evil wimples and vagabond Aerosmith fans.  Face off against an incompetent world spanning conspiracy, lie to doctors and kings alike, and unlock the mysteries of what lies beneath the bed.

Surgeon General's Warning: This product may contain Dust.  Obsessive Compulsives and closet allergy sufferers are advised to be cautious. 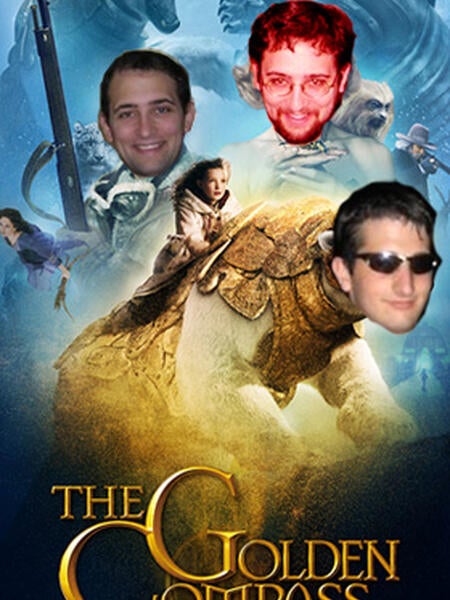