English classes got a lot more interesting with the recent re-discovery of the works of H.P. Lovecraft. The master of the macabre and mysterious (as well as notorious shut-in and xenophobe) now graces required reading lists everywhere. But Hollywood has known him for much, much longer.

Yes, Lovecraft fans have had the benefit of watching his works adapted in films like The Re-Animator, In The Mouth of Madness, Cthulhu Mansion... although, in most cases, "adapted" is too strong a word.

So in 2005, the H.P. Lovecraft Historical Society stepped in to create a true-to-the-text adaptation of The Call of Cthulhu. And decided to make it as a silent film.

Note: This is an audio-only product. The mp3 being sold is designed to sync with your own copy of The Call of Cthulhu. While this riff was mastered with the DVD, The Call of Cthulhu is also currently available on Netflix Watch Instantly. 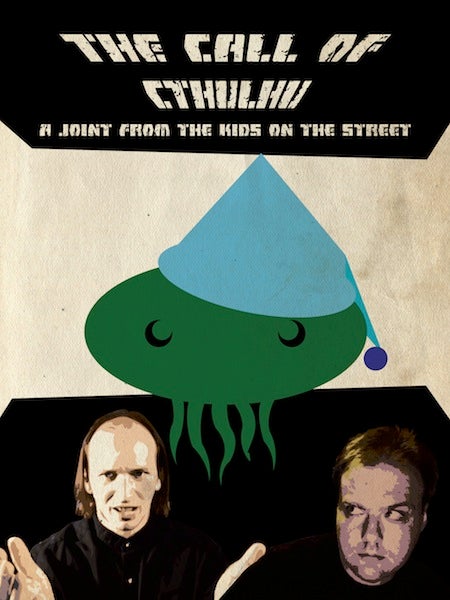