THE BACK ROW: Johnny Sokko And His Flying Robot (ep. 1)

THE BACK ROW: Johnny Sokko And His Flying Robot (ep. 1)

Return to the days of yore as THE BACK ROW presents the first episode of the kidvid 'classic' JOHNNY SOKKO. Join the adventures of young Johnny as he narrowly avoids horrible violent death from both giant rubber monsters and the completely inept Gargoyle Gang using his wits, his knee socks & short-shorts and of course, his freakin' GIANT FLYING ROBOT that he jacked from a kidnapped professor who was nice enough to explain how it operates before being murdered less than 3 minutes later.

riffer mister X takes this relic from his youth head on and discovers that what you loved a child may make you have to accept the fact that you were a pretty stupid child...and always wishes it was ULTRAMAN instead.

*NOTE: this iRiff is compatible with both the HULU free stream of this epsiode and the downloadable version available at AMAZON. 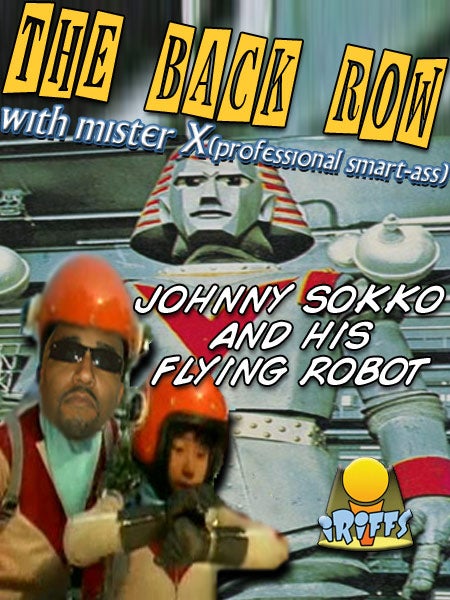 THE BACK ROW with mister X