Watch New Moon the way it was meant to be watched- with people talking over it!  And by people we mean us, and by us we mean Angry Gibbons.  Consider the talking helpful footnotes with what is wrong with said movie in the first place.  And believe me, there is something rotten in Denmark here. (See poster art.)

We are back with a riff of the second- sadly not final- installment of the Twilight saga.  After poking, prodding and plumbing the depths of its emo-ness we sat in a chair and stared out a window for three months.  It was, like, hard.  And we forgot to bathe and stuff.

Somehow we lived through it and now share with you the fruits of our labor.  By that we mean this riff, affectionately nicknamed Noom Wen- the perfect companion piece to our TwiRiff of yesteryear.  They relate to one another in ways we didn’t know or expect, and this time around we were able to experiment with manipulating ourselves into this movie even more than the first.  So listen closely.

What we can guarantee are so many goodies to distract you from the non-action of everything: crapping your pants, Tamagotchis, Gmork from The Neverending Story, Slap Chops, Harry Bongwater and more.  And why Haddaway didn’t make it onto the soundtrack?  We have no idea.

ABOUT US: The Angry Gibbons are a small collective based in Minnesota and have been fans of Mystery Science Theater 3000 since they were kids.  Now they are fans of Rifftrax and are technically adults.  This riff features writing contributions and input from over ten participants but was performed by a core group of four, as well as a robot named Stephen who is learning to feel feelings (unfortunately, he committed suicide before the cast got to Italy).  Parts of this riff were performed before a live audience, including a cat and an angry baby. 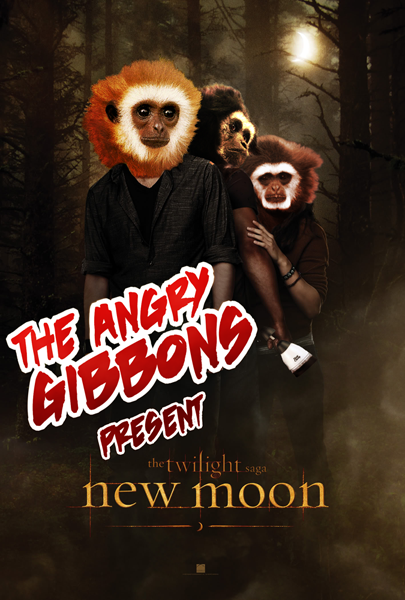