The Adventures of Junior Raindrop

The Adventures of Junior Raindrop

Raindrops.  Harmless and docile...but only when they feel like it!

In this feel-good romp for the whole family, lovable Junior Raindrop is forced to the Earth by the abusive Papa Cloud, and engages in juvenile delinquency like any raindrop his (or her, it's hard to tell with that voice) age.  His carefree antics include running in place much like a cheap looped animation would, causing flash floods and the deaths of countless innocents, and eventually brandishing a tommy gun.  No, really.

Join Junior, Papa and a narrator with a not-so-charming lisp as we learn about how the human race is a cruel, stupid disease that will eventually bring its own destruction by raindrops.  All brought to you by John Fleury's Riff This, in our first short! 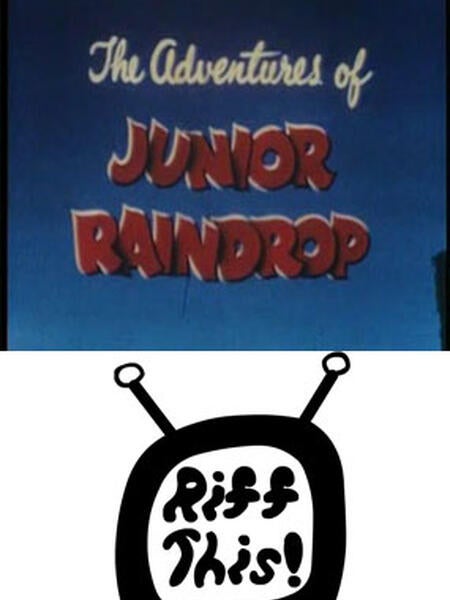