Terminator: Salvation - The One Man Band

Terminator: Salvation - The One Man Band

It is the year 2018.  The machines have taken over...despite the fact that they are about as easily tricked as Home Alone villains.  All Americans have found themselves replaced by Australians and the English, who imitate their accents...blandly.  And McG is allowed to direct another movie.

It is a dark time for humanity.

Enter the One Man Band, who, despite Rifftrax beating him to the punch*, has taken on this wonder of movie chicanery.  Sam Worthington (playing American Sam Worthington) wakes up to find the world somehow exploded around him.  He asks a robot with a machine gun what happened, which in turn leads him to meeting Ensign Chekhov (Anton Yelchin).  Sadly, while no one says "Wictor Wictor," he IS informed that there is a resistance fighting against the trigger-happy machines, which would be good news if it wasn't run by the kid from Newsies (Christian Bale).  From there, things get awkward, as Sam finds himself getting into fist fights with robots, skipping across ponds, and even getting blown up with landmines.  Gee, you'd think there's almost something MYSTERIOUS about him!**

But you're not just getting ANY iRiff.  Not only does the One Man Band upload a virus right where it hurts Skynet the most, you can choose between 6 flavors of iRiff (well, technically 4, depending on region, but it sounds better the way I said it)!  Not only are there versions of the riff for the Theatrical and Director's Cut R-Rated editions, each is also presented in a separate, glorious Stupend-O vision!  In these skit-filled editions of the audio track, just pause your film when you hear the bell, and you'll hear more of the same guaranteed hilarity*** between the PPD-3200 and the One Man Band himself!  Things start getting strange when the PPD decides to add a time machine to a broken soda machine...and there soon may be too many One Man Bands to handle!  With special guests stars Moleman and even a phone call from Christian Bale****, it's not to be missed!  Well, maybe.  I'm not twisting your arm or anything.  Just sayin', is all.

*I definitely suspect time travel was involved.  But anyway, this iRiff is absolutely, positively, certifiably guaranteed to have 99% different jokes from the Rifftrax version.  Well, maybe 98%.

**Mysterious to anyone who didn't watch the preview trailers.

***Not a guarantee.  Also, watching "The Ice Pirates" Stupend-O is not required, though if you bought that one, I certainly don't NOT recommend watching it.

****Mr Bale appears courtesy of his widespread rant.  He was not officially involved with this iRiff.

NOTE: The Director's Cut edition is presented in one format; as it is only widely available on Blu-Ray in both NTSC and PAL regions, the riff should work for either edition.  Also, the Amazon link leads to the Blu-Ray edition of the film, as Rifftrax already links to the DVD theatrical edition. 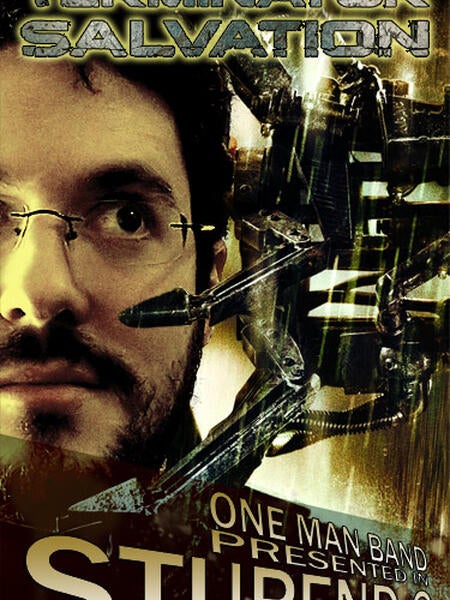