Over 70 minutes — includes the movie and the commentary all in one video!

Teenage Zombies (1959) (IMDb, Wikipedia) is a “horror” movie about not-exactly teenagers who are turned into not-exactly zombies for a few minutes.

The rest of the time, it’s a movie about walking and boating, walking while looking for a boat, walking toward or away from a boat, boating in order to go walking… hold on a sec—gotta catch my breath… walking on the bow of a boat, and dragging a boat on or off the shore.

There are also some very exciting off-screen water-skiing sequences, as well as some imaginary horses.

In between the privileged rich-kid transportation, there’s a plan to turn all Americans into mindless slaves, orchestrated by a group whose motives are apparently so diabolical they couldn’t be discussed on film.

Our iRiff was written and performed over many cumulative days by a group of friends. Your purchase helps ensure future hard-won comedy.

In case you want the original (unspoiled?) version, you can download the original “Teenage Zombies” for free at archive.org: http://www.archive.org/details/Teenage_Zombies 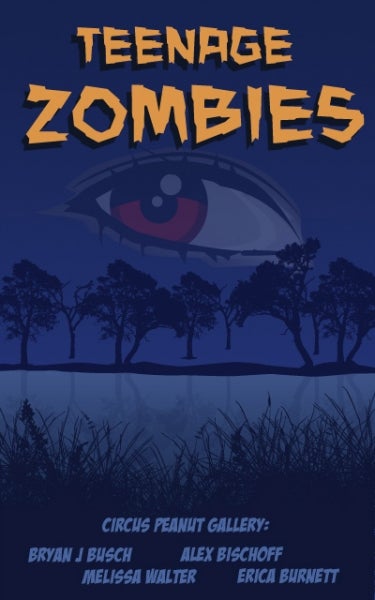