Work as a Human Guinea Pig and Earn Free Rent!

High tolerance for psychological and emotional trauma a must!

So read the ad that Doctor Day posted online. And so far, nobody who has taken him up on it has managed to last more than a day under his cinematic onslaught.

And this time around, it's a biggie. Bela Lugosi Meets a Brooklyn Gorilla. As Doctor Day puts it, "Thankfully the only surviving record of Mitchell & Petrillo's comedy act, and the bottom of a very crusty barrel for Mr. Lugosi." Doctor Day's latest subject will be forced to endure the story of a lounge music/comedy act that wakes up one morning on the island of Cola-Cola. Thrill to the dastardly deeds of Lugosi's Doctor Zabor! Laugh to the idea that somebody actually perfected a Jerry Lewis impersonation! And cringe at the crooning of a Dean Martin wannabe! Doctor Day has screened films like this before, and every single time his subject has fled screaming or disappeared into the depths of the house, never to be heard from again.

But Doctor Day has never dealt with someone like Suspiria. Evicted from her own castle, she just may be made of stronger stuff than Day has ever encountered before.

Note: This riff is a pilot for Suspiria's Rent-Free House of Horrors. It was produced independently on a total budget of $200. The show itself does not feature Rifftrax-style riffing, but instead follows in the host/hostess tradition of shows such as Elvira's Movie Macabre with comedy interstitials denoting "commercial breaks." 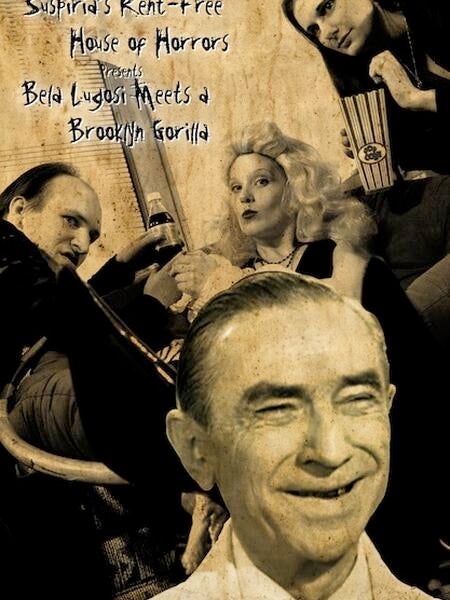