Superman IV: The Quest For Peace

Superman IV: The Quest For Peace

Christopher Reeve trained for days to sleep-act through his 4th time donning the tights. Watch as he saves humanity from...themselves! Doesn't that sound exciting, and not the least bit patronizing? It's like the Walden of superhero movies, if Walden was written by an angry sociology major with a bong. After having the movie's anti-bad things, pro-good things message crammed down your throat, get ready for some perfunctory action!

With the help of a plucky homeless woman and 40 year old man named "Jimmy", Supes goes about saving the world from a male stripper with a scowl and Lee Press-On Nails while Gene Hackman collects a paycheck. Oh, and John Cryer is certainly in this movie.

Join the Disciples of Golan; comedians Matt McClowry, Adam Sokol, Pete Weiss, and Nate Fridson, as they wade through 85 semi-coherent minutes of grownups playing with action figures and re-emerge, cleansed, baptized, and unable to get that @#$%ing theme out of their heads. DUH-DAH DUUHHHH--DAH-DAH-DAH-DAH DUUUUUHHHH!!!!!! 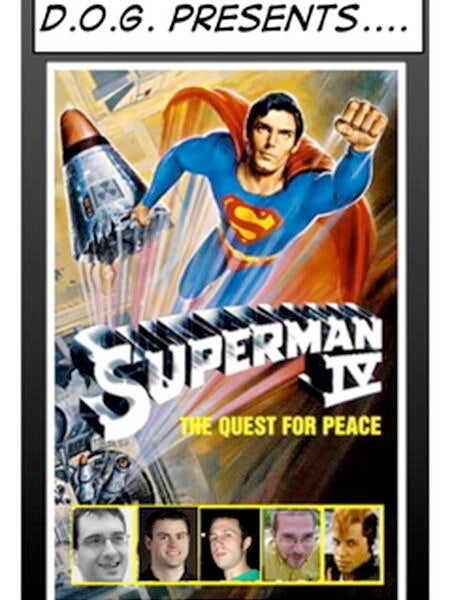