{run time: 21 minutes}    This grim little film was distributed to police agencies in the early 1950s to educate law enforcement. For the most part I think it just ended up boring the pants off of law enforcement and wasting their time along with valuable tax dollars... in addition to that, the film is also wrong about pretty much everything -- nobody really knew anything in the 50s, did they? ...and the things they did know eventually turned out to be wrong. But, hey! Whatever! I'm sure this film helped someone somewhere do something ...unfortunately, it probably just helped said someone realize that death should be welcomed, rather than face the horriffic hellscape that is anything other than death. (I think that's the movie's message anyway...) 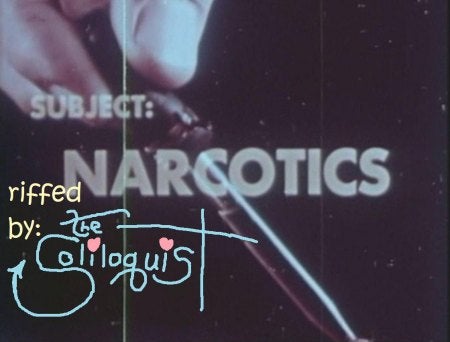