Journey with us back to 1987. It was a time when Star Trek fans were filled with hope as The Next Generation was about to air and the resurrection was at hand. Then we all stared in horror as season one unfolded. Here is one of the worst examples of the early years of TNG: THE LAST OUTPOST.

See the intro of the Ferengi. This was going to be the big bad replacement for the Klingons. Seriously!

Enjoy, if you dare, THE LAST OUTPOST!

*note* While made for TV, Capt. Picard does let loose the S-Bomb in french. So we thought it was ok to let loose a S-Bomb in english during the riff. You have been warned! 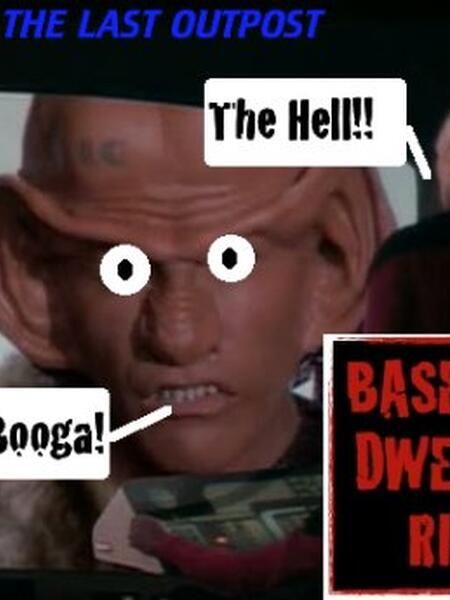