Star Trek II: The Wrath of Khan has it all: slam-bang space battle action; a clash of hero and villain both larger than life; resonant themes of revenge, age and renewal, friendship, and sacrifice. Lots of people say it's the best Trek movie ever made.

Think it's too good to make fun of?  Think again!

C'mon, mind-control earslugs?  The Duel of the Hams?  The Shat That Roared?  Oh, we're gonna have fun with this, boys and girls.

We guarantee you lots of laughs, and that's no COOOOONNNNN!!!

NOTICE:  This riff was recorded for the Director's Cut edition of the movie.  The more recent 2009 DVD release carries the theatrical version, which will not synch up.

* By the way, they're real.  And they're spectacular. 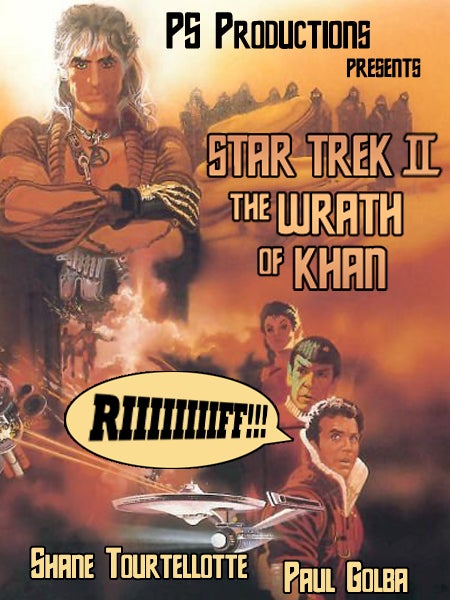