SQUEAK THE SQUIRREL - The Turkey Shoot with Scott Zee

SQUEAK THE SQUIRREL - The Turkey Shoot with Scott Zee

The Gold-Mantled Ground Squirrel. An amazing creature. Really. Today we tap into the limitless potential of this cretinous lil fluff through a series of mental and physical exercises testing it's problem-solving abilities. The results of which will determine if the human-race can survive the next furry woodland uprising. Time is of the essence, so we must act fast in order to curtail the coming cataclysm.

Our test subject today has offered the moniker of 'Squeak'. True, this is the only word our lad can speak or write, but now let us take heed. Scrumptuous peanuts have been strategically placed in a series of  contraptions, each one more baffling and conniving than the last. And it's up to Squeak to confound us all. A well-earned reward , if he succeeds, will most likely be in the neuro dissection variety, but I'm sure he'd rather have it no other way.

So weep not for Algernon. Let us celebrate Squeak, the next level in our evolution. Soon to exceed our peanut retrieving skills in all their respects. 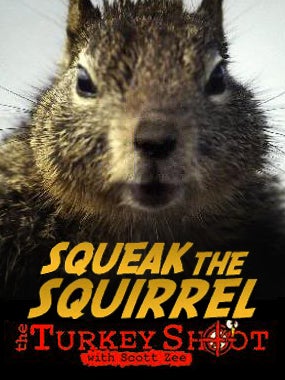